Want some 6 GHz with your Poutine?

In a nutshell, this decision and the documentation behind it set out the technical and policy framework for use of the 5925 – 7125 MHz frequency band (the 6 GHz band).  This decision places Canada on the list of over 30 countries who have adopted or are evaluating a 6 GHz policy.  For reference, the WI-Fi Alliance maintains a list of countries considering or adopting the 6 GHz band for Wi-Fi. 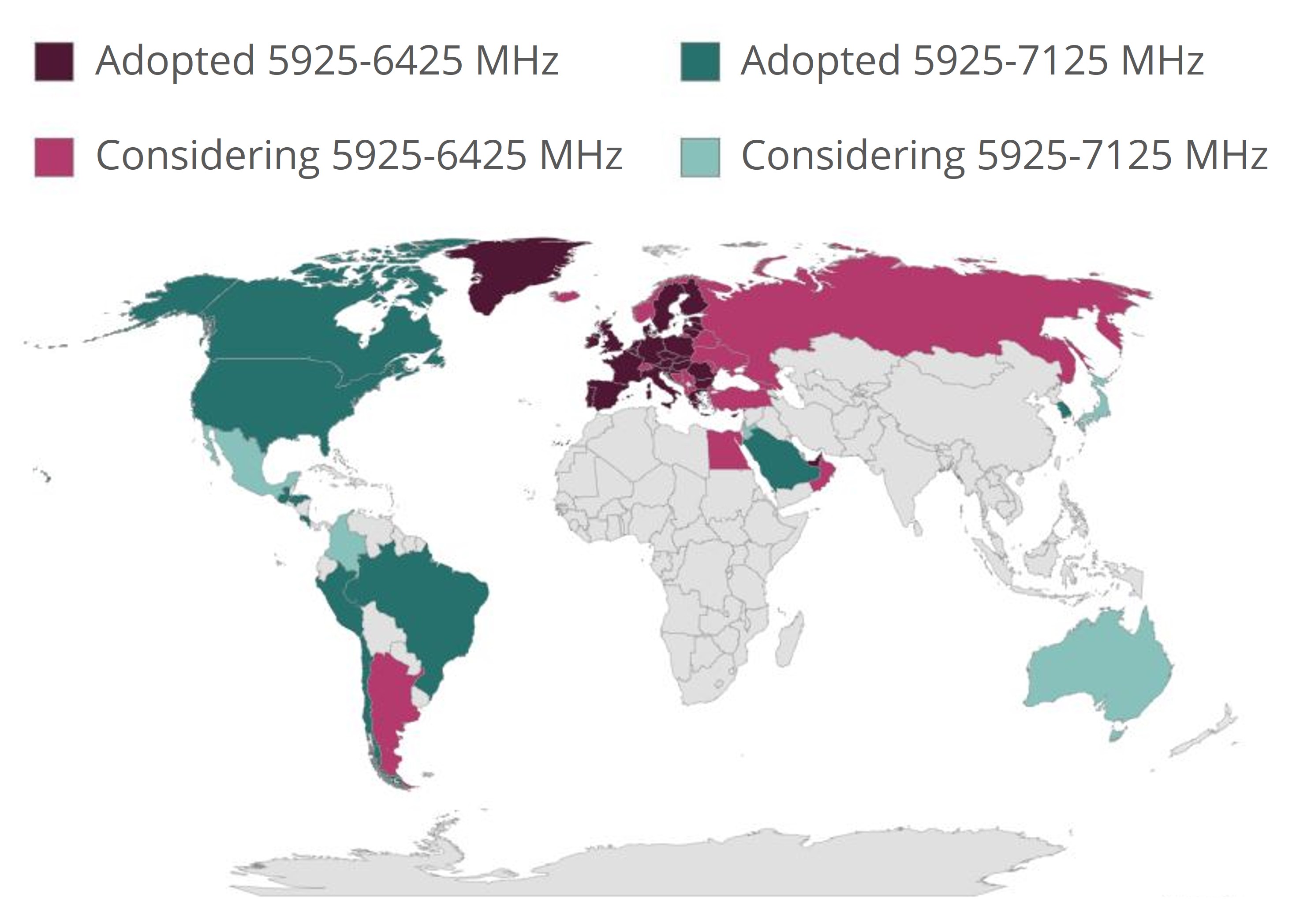 ISED’s objectives for license-exempt use of the 6 GHz band in Canada are to:

The Honourable François-Phillipe Champagne, Minister of Innovation, Science and Industry, announced this decision would deliver on a priority to improve Wi-Fi speeds for Canadians.  Minister Champagne stated tripling the spectrum available will make it easier for Canadian consumers to connect to Wi-Fi for accessing school, work, and health care from home.

“High-quality and affordable wireless services have never been more important in the everyday lives of Canadians. That’s why we’re making more spectrum available to support greater choice and affordability of wireless broadband. This decision will make staying connected easier for Canadians who rely on their Wi-Fi for accessing school, work and health care from home.” – The Honourable François-Philippe Champagne, Minister of Innovation, Science and Industry

Improving Wi-Fi speeds for Canadians is a priority. That's why we are making more spectrum available to make staying connected easier for Canadians who rely on their Wi-Fi for accessing school and work from home.

The focus of the tweet and text in the image suggest faster Wi-Fi is the priority, but fall short of emphasizing another two key goals wrapped up in this decision.  Fast Wi-Fi is great at the edge, but the Internet connection often becomes the bottleneck, especially in remote areas as showcased in the image above.  Fortunately, this decision also provides technical and policy guidelines for fixed broadband wireless services delivered by local and regional operators.  This is big boost to allow these smaller operators to remain competitive and offer better services to their customers.  This brings us to the last goal in this decision with the ultimate target of cost savings that can be passed on to consumers in the form of lower prices.

More than ever, #Canadians are relying on wireless services for work, school, finances and health care, so we’re happy to announce better #WiFi is on the way!

Learn more about the #GoC decision on opening up spectrum for Wi-Fi: https://t.co/7GQQ1XPE1d pic.twitter.com/iWJ4TsKYGf

Lower prices…?  Time will tell if this results in actual lower prices and curves the graph in the data below (source: Price Comparisons of Wireless, Wireless and Internet Services in Canada and with Foreign Jurisdictions: 2020 Edition)

To provide some context, here is a simple list revealing an increase in available 20 MHz wide channels for Wi-Fi available in Canada:

D2 – ISED will update the CTFA as shown in table 1 by adding footnote Cxx.

D3 – Standard-power RLANs under the control of an AFC system will be permitted to operate on a licence-exempt basis in the 5925-6875 MHz frequency range.

D4 – Low-power indoor-only RLANs will be permitted to operate on a licence-exempt basis across the 5925-7125 MHz band with the use of a contention-based protocol (e.g. listen-before-talk).

D5 – Indoor and outdoor very low-power RLAN devices will be permitted to operate on a licence-exempt basis across the 5925-7125 MHz band with the use of a contention-based protocol (e.g. listen-before-talk).

D6 – ISED will adopt an AFC system that is practical, consistent with the Canadian public interest and harmonized with the U.S. to the maximum extent possible.

Many of the decisions revolve around power levels for specific operation in defined situations, which basically boils down to:

Operation levels defined by ISED are compared against the FCC’s decisions in the two images below:

AFC (Automated Frequency Coordination) is a centralized process by which APs must request a list of available channels from an AFC operator within a certain period of time. (FCC uses 24 hours, but ISED suggests at least a daily basis).  AFC certified access points must be capable of determining their geolocation. They (or the wireless controller) are provided channel availability lists by the AFC operator based on uploaded geolocation information.

ISED intends to develop the specific rules and standards for operation of this centralized AFC system.  In the meantime, ISED indicated it will monitor developments and make any modifications and improvements driven by evolution of the AFC system architecture.  ISED will not be adopting an aggregate emissions approach due to the resulting complexity in AFC implementation which could deter AFC system administrators (AFCSAs) from operating in Canada.  Lastly, ISED also opted not to define a specific protocol for AFC communication, rather allowing the protocols to be sorted over time.

On a side note: This reminds me of an old programmer I knew who only listened to music through a 30-year filter letting time filter the noise from the greatest hits.  He let others decide what songs provided value and then adopted those songs into his playlist minimizing the time he spent listening to noise.

Any decisions that were not finalized were addressed by stating they will be harmonized with other regulatory bodies.

Also, if you haven’t tried poutine, I highly recommend it!!!

Smoked brisket with house made gravy poutine from @paddysbrewbecue

Wi-Fi Vitae is intended to capture my thoughts and lessons learned from deploying the “Wi-Fi of Life” and other wireless technologies.  It blends the best influences of whisky and wireless!